Hun Sen | The Making of a Strongman

At 62, Hun Sen, prime minister of Cambodia, is one of the longest-serving heads of government in the world. He rose to power following the devastating rule of the Khmer Rouge in the 1970s and after he had left that group to join forces with Vietnam. Accused by human rights groups around the world of torturing and murdering his opponents, he is widely regarded as a ruthless politician and master manipulator who has spread a web of economic and social controls over his country.

"I not only weaken the opposition, I’m going to make them dead ... and if anyone is strong enough to try to hold a demonstration, I will beat all those dogs and put them in a cage."

— Hun Sen, January 20, 2011, responding to the suggestion that he should be worried about the overthrow of a dictator in Tunisia at the time of the “Arab Spring.”

"After 30 years of experience, there is no reason to believe that Hun Sen will wake up one day and decide to govern Cambodia in a more open, inclusive, tolerant, and rights-respecting manner. The international community should begin listening to those Cambodians who have increasingly demanded the protection and promotion of their basic human rights." 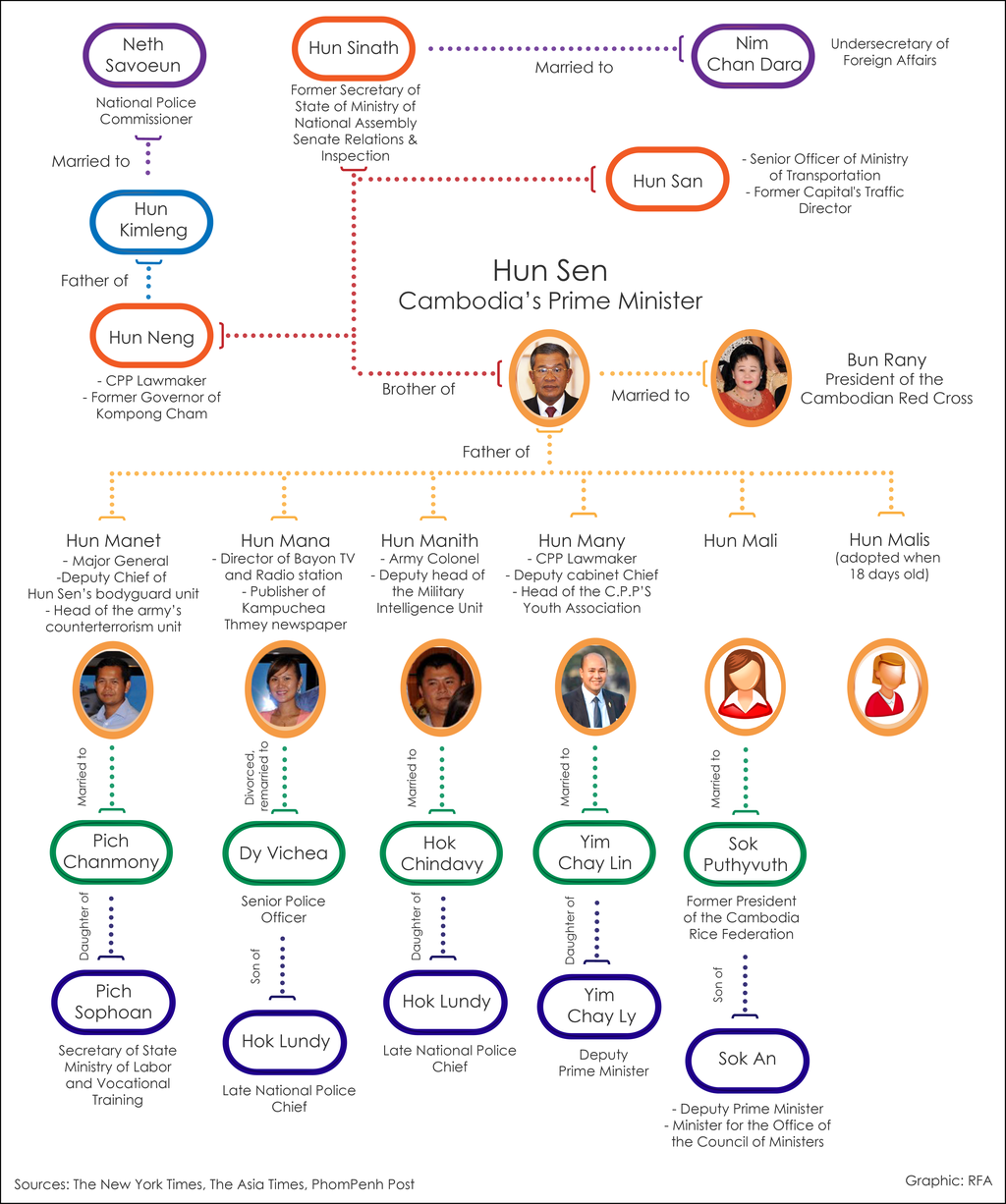